Story of the New Start Center in LibreOffice 4.2

LibreOffice 4.2 has been released - have you tried it? If yes, you might have experienced the new start center that looks about like this: 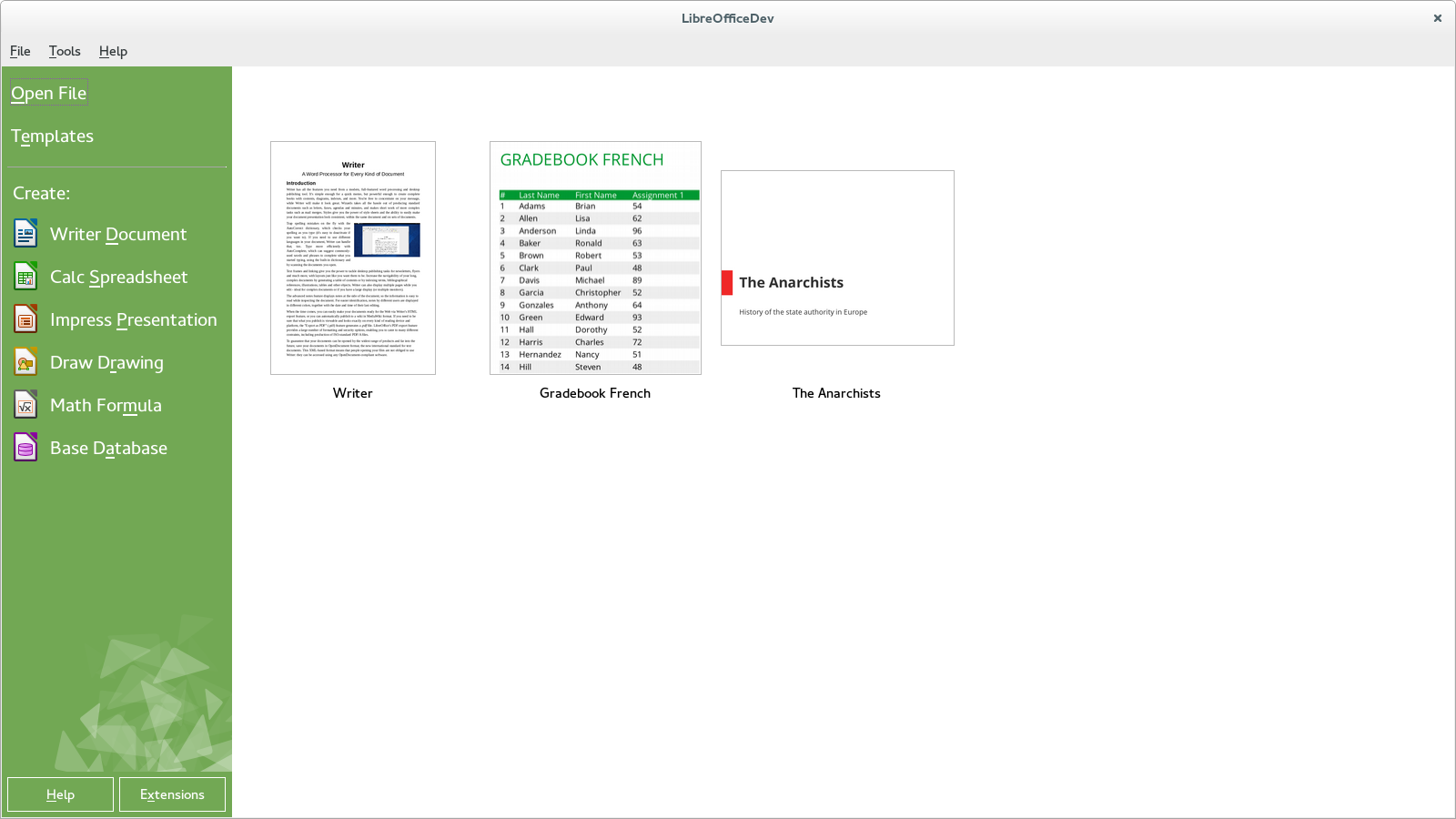 Many people have contributed to it, and this is going to be a "Thank you" blog post. I hope I remember everyone who has helped; if not, please let me know in the comment - would be a shame to miss anyone.

It all started as a Google Summer of Code idea that I have filed, and later mentored. Basically, I wanted a student to reuse the Caolan McNamara's awesome dynamic dialogs to provide modern and easy way to create a beautiful dialog, and GSoC 2012 project that introduced a new template manager in LibreOffice 4.0 - done by Rafael Dominguez and Cédric Bosdonnat.

The main part of the work was done by Krisztian Pinter, who was working on it as a GSoC project too. His first task was to convert the old start center to the dynamic layout, so that the start center could much more easily adapt when the user resizes the screen.

But that was not all - his next task was to plug the template manager code in, and extend it so that it was able to show recent files instead of the templates. He  made the needed changes, adapted the look to the preliminary design made by the LibreOffice Design / UX team, and the GSoC period was over :-)

We have integrated it into the LibreOffice master, and I was patiently waiting when we get the final look blueprint from the design guys.

And it came! The code was in the master and in the daily builds, so everyone could play with it. For some time, nobody reacted on my call for the final look, but finally, Mateusz Zasuwik sent a design proposal of Krzysztof Ponikiewski to the LibreOffice Design mailing list which lead to discussion, and in the end to the start center we have now in 4.2.

The the ultimate version of the design was done mostly by Stefan Knorr, and Mirek Mazel, but others contributed to that too. I've adapted the code accordingly, Rodolfo Ribeiro Gomes helped me with some changes, and Tamas Zolnai fixed many bugs to give it the final, polished look & feel.

As you can see, the new start center couldn't have happened without shared work of many people - I want to thank you all. And of course, thank you Google for the Google for Summer of Code, I hope we will be able to participate as an organization this year again.

At the very moment, the LibreOffice UX Hackfest is taking place in Brussels, and I am working on few more improvements in the start center - like previews of even other filetypes than just ODF. But that will be for LibreOffice 4.3...

Email ThisBlogThis!Share to TwitterShare to FacebookShare to Pinterest
Labels: LibreOffice